On this day, 1st of January 2013, we do not only celebrate the beginning of a new year, but we also celebrate the whole variety of works, knowledge and information that, by entering the public domain, have become freely available to the world.

Given the limited term of protection granted by copyright law, a large number of works – whose authors died several decades ago – can no longer be owned by anyone and their use can no longer be constrained. They have become part of the common pool of knowledge that constitutes our cultural heritage and that can be freely used by everyone and for any purpose.

This year, in Europe, we are happy to welcome the works of:

Walter Sickert, a German painter who had an important influence on distinctively British styles of avant-garde art in the 20th century. 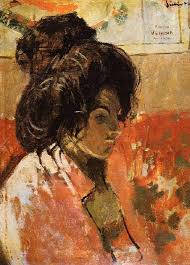 Bruno Schulz, a Polish writer and artist most famous for his collection of short stories The Street of Crocodiles (1934) which centre on a merchant family from a small town in the Galician region. 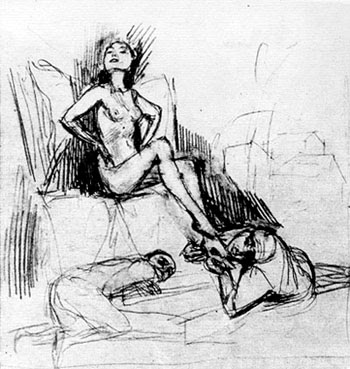 Franz Boas, a German-American pioneer of modern anthropology often referred to as the “Father of American Anthropology”. He applied the scientific method to the study of human cultures and societies; previously this discipline was based on the formulation of grand theories around anecdotal knowledge.

Robert Musil, an Austrian writer whose huge tome of an unfinished novel “The Man Without Qualities” is generally considered to be one of the most important modernist novels;

The Public Domain Review has compiled a list of the most notable authors whose works are entering the public domain in those countries with a ‘life plus 70 years’ copyright term.

These works can now be freely reproduced and shared to everyone; they can be freely use, reused, translated, adapted or otherwise modified by anyone without asking for permission and without incurring the risk of violating the law.

Yet, it is important to remember that copyright law differs from one country to another. For instance, in the U.S., the Sonny Bono Copyright Term Extension Act – which added 20 years to most copyright terms – effectively “froze” the public domain by stipulating that, unless otherwise stipulated by the copyright owner, all works produced in or after 1923 and still eligible for protection in 1998 would not enter the public domain until 2019 or after. Unfortunately, today, there is not much to celebrate for them.

Hence, before using a work, it is always necessary to check the status of the work in the country where it will actually be used. Yet, given the complexity of copyright law, this can often be an extremely tedious complicated process. To facilitate the task, various tools have been developed –  such the Public Domain Calculators of the Open Knowledge Foundation, and  outofcopyright.eu from Europeana – to help determine which works are in the public domain in various countries around the world.

For more information on the public domain day, check out the Public Domain Day website – an initiative of the international Communia Association for the promotion and the preservation of the Digital Public Domain, with the special support of the Open Knowledge Foundation.